In class I played a game with a fellow colleague known as Hexit Strategy. It's a print and play game (although I'm sure you can buy it from somewhere as well...), and it was quite a good amount of fun!

Things I've noticed about the game:
-Your own defenses and cards can be used against you if placed incorrectly.
-You have to sacrifice a lot to make progress.
-You can troll the hell out of your opponent with the Supernova card.
-The game's length depends on how far away you place your bases from each other.
-The game CAN take a very long time...
-Ships act more as pawns than anything else.
-You can even use your own units to trigger a trap.
-There are many different combos you can trigger.

-Chance is also pretty interesting with how it works in the game. It determines what 3 hexit cards you draw from the pile, but it also plays a part with what you land on when a card is facedown.
-Placing cards, and raising troops are essential if you want to capture your opponent's base.
-The game itself is an open spaced game, where the cards are hexagons and can be placed near each other on any edge.
-Attributes on the hexit cards play a role when moving, attacking, and defending only.
-Sometimes you can kill your own units with a Supernova.

I highly recommend this game to anyone who reads this! 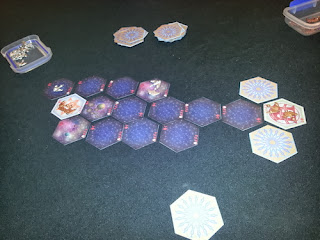 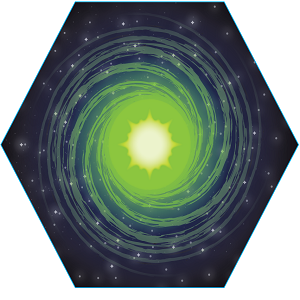 Posted by Walker Paulsen at 9:11 AM