A change in ideas

Sooo... Apparently warpholes are hard to do in UDK in extreme cases (such as using them as start and finish) and I've decided to scrap that idea. HOWEVER. I'm still using most of the mechanics from my old idea (such as the 'ring of fire' stunt and maybe some meteors), and just changing form...

The space station-track thing is now being sucked into a Quasar. A GIANT SUPERMASSIVE BLACK HOLE. Your car has to run around the track 3 times in order to absorb the energy being shot out of the Quasar in order to escape and teleport back to your character's homeland.

I've also decided to add a new flavour to my track:


This is the updated concept: 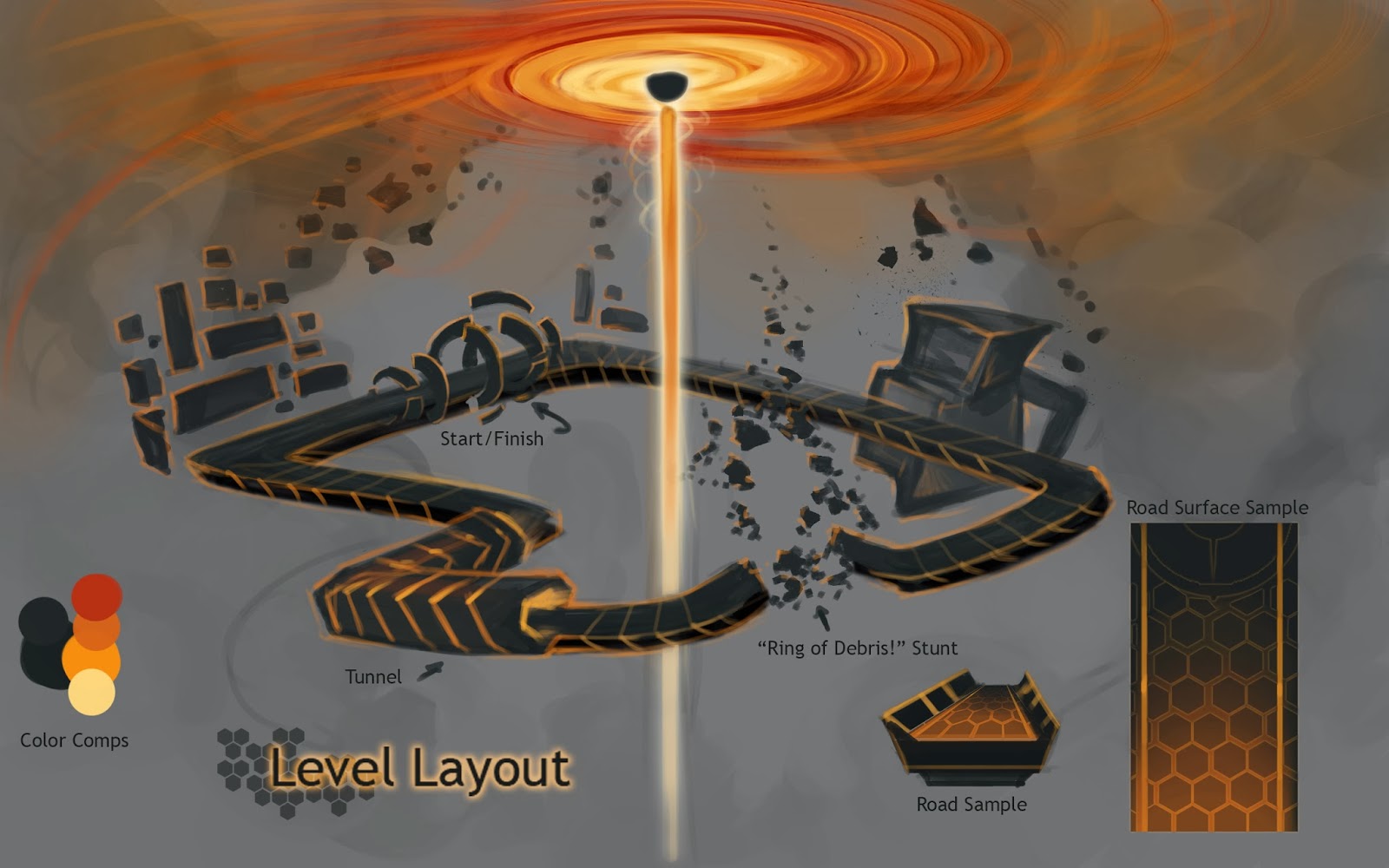 Heres the Beat Sheet for the progress through my level! 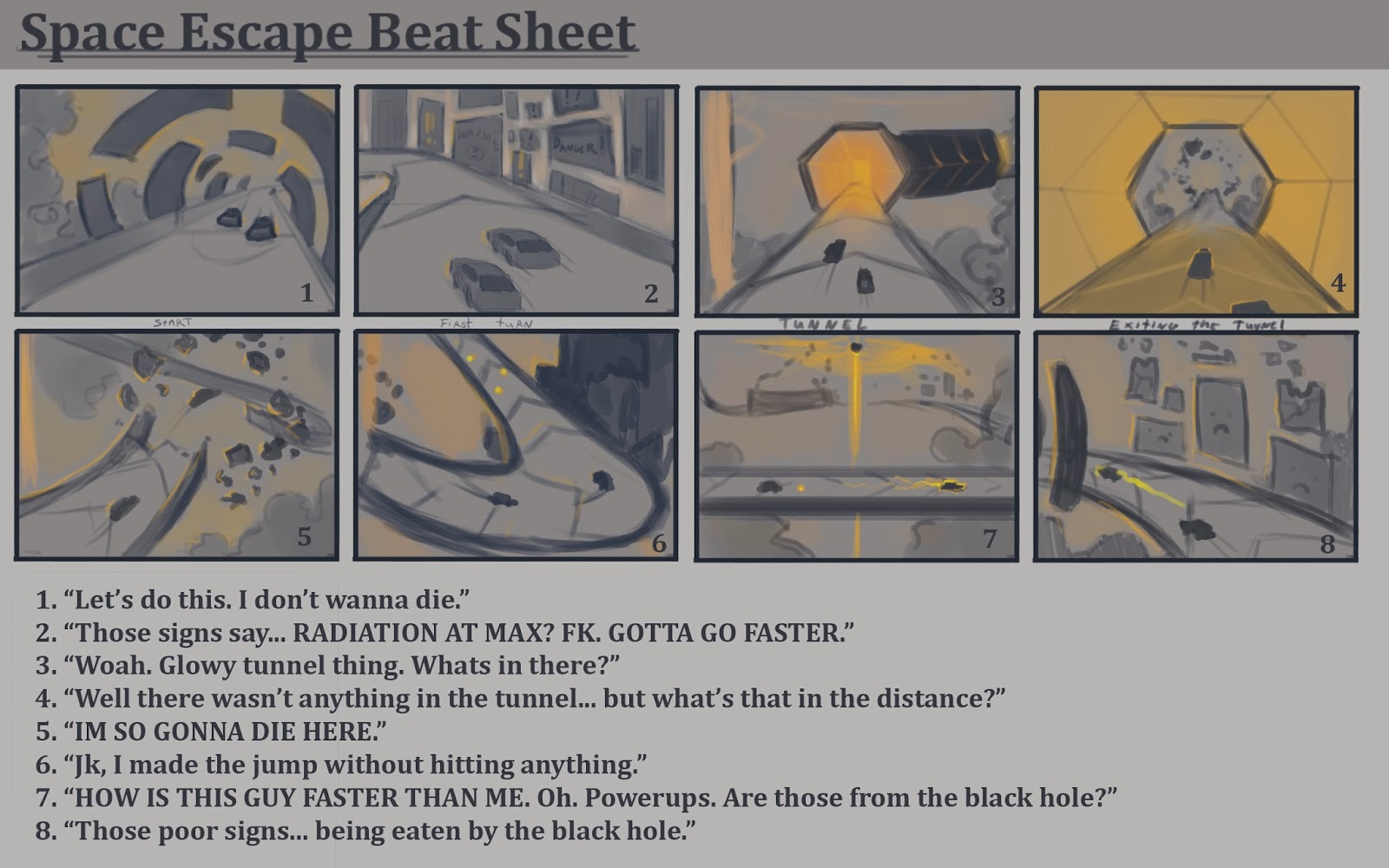 Posted by Walker Paulsen at 3:12 PM