From one of my favorite games of all time, I'm choosing the boss fight from Darksiders 2 when Death has to fight Samael. Not only is it one of the absolute coolest fights, but it has some interesting "BADASS" things that happen.

The Player is first introduced to the room with Samael sitting on his throne. After a long cutscene, the fight ensues.

The room itself is pretty neat. It's Samael's throne room, which is a pit of flame, lava, and the demonic architecture that is present in Darksiders 2. It's divided into two areas: a medium sized open Platform for the initial fight and the player, and the Throne platform. A retractable bridge connects the two, but is only present at certain times during the fight.

How does this fight integrate the mechanics?

I feel as though this fight addresses Darksiders 2's most valued mechanic directly: dodging.
Samael has many abilities that require the player to dodge-roll at the right time. If they mess up on the timing, they take heavy punishment. It's tricky to get it right in this fight, but challenging and fun!

There is a certain feeling of flow in this fight, that once the player gets his dodging and knowing when to attack right, you feel rewarded.

The Lord of the Black Stone: Samael 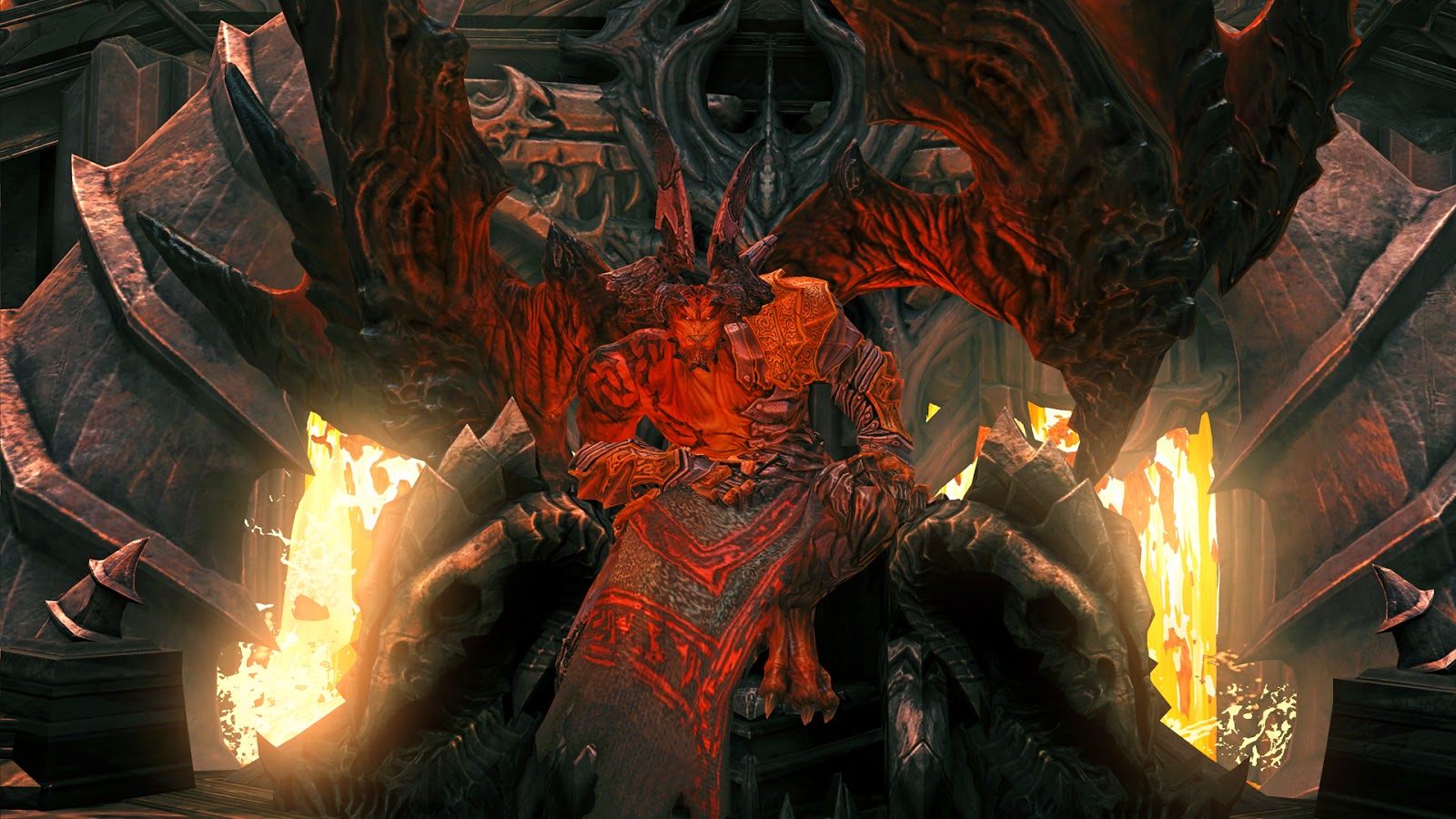 -Samael teleports on top of or near the player, doing various combos.
-He often teleports back to his throne and summons giant fireballs, which he then throws at the player. 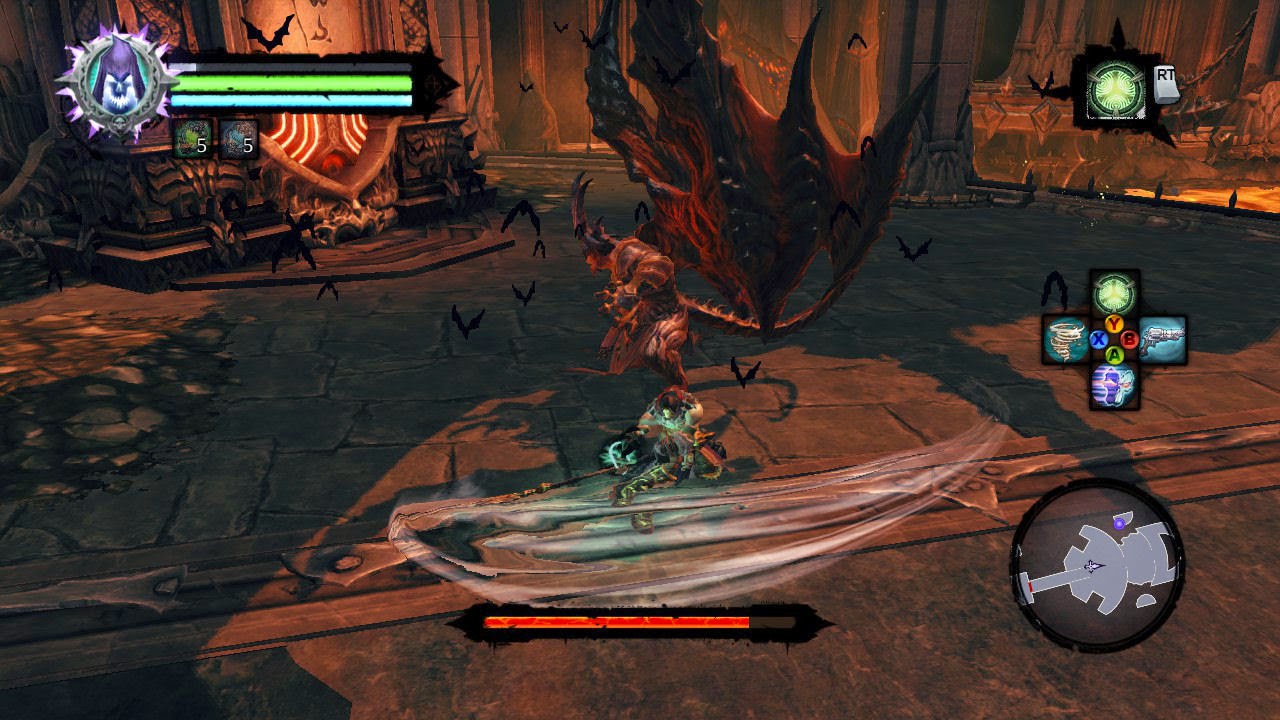 Phase 1 ends when Samael's health reaches a certain point. After a small cutscene, the bridge is raised and you can walk up and attack Samael directly. He then casts you off and the coolest part of this entire fight happens...

HE PULLS THE FIRST PLATFORM INTO THE THRONE PLATFORM. BOOM. JUST LIKE THAT.

-Samael continues teleporting and his combos (but with a few extra stronger attacks).
- He teleports to his throne, then he spawns explosions underneath the player. To avoid dieing, the player must keep moving using the dodge mechanic.

The entire level layout helps enhance the whole "limited but open space" dodging mechanic. It also gives a clear separation for the player and Samael when he throws his fireballs. 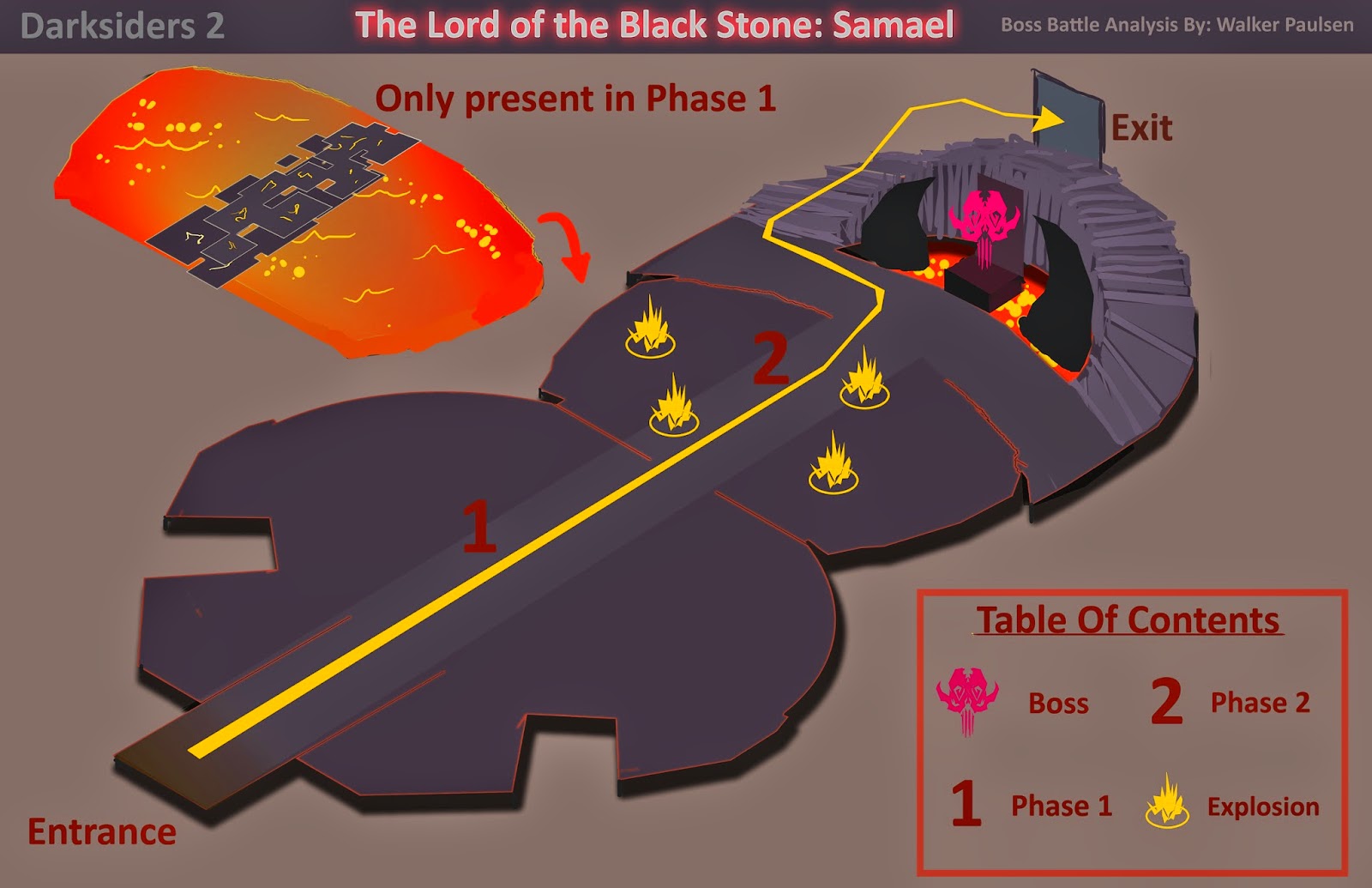 Posted by Walker Paulsen at 6:27 PM