Hey guys! This is a concept I'm pitching for my game design class.

Star-Crossed
-A game by Walker Paulsen 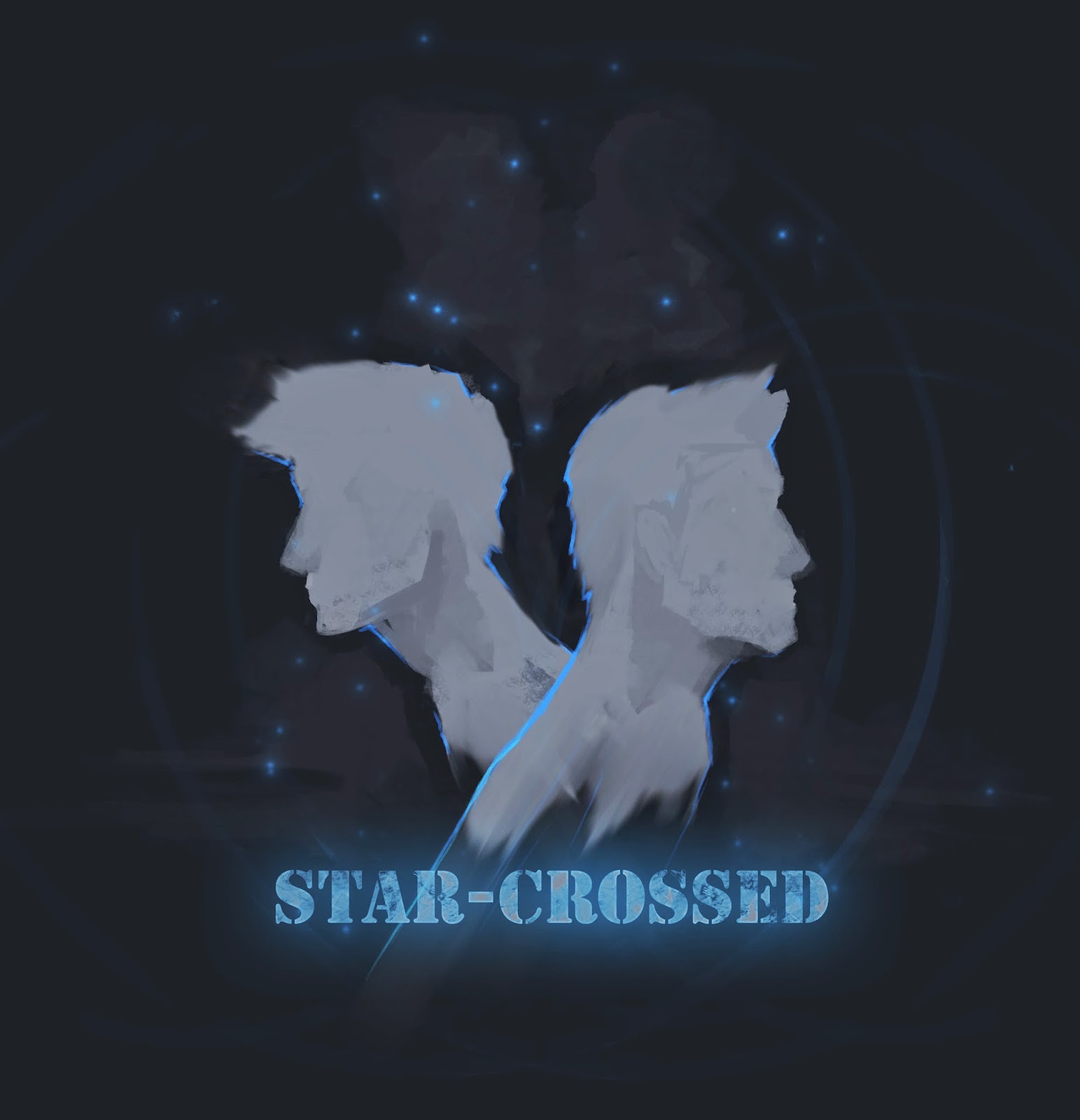 A jump across the stars to reunite the two lovers!

A long time ago, there existed two ethereal beings named Mharko and Khael, who drifted through the cosmos together. Every day their love for each other would grow stronger, and they lived a happy existence in each other's arms. One day, however, a pink wormhole appeared out of the darkness and dragged the lovers into it's depths. Once inside they became separated and ended up on far sides of a star nebula. Mharko immediately tried to reach out to Khael, but noticed that the gravity on this side of the wormhole was much denser, causing him to remain grounded. In his moment of despair, a blue star fell upon him, lifting him from the ground. With lifted spirits, Mharko jumps across the nebula clouds, collecting the blue stars to keep him afloat until he finally reaches his lover. Once reunited, they will finally be together forever and nothing will separate them again. 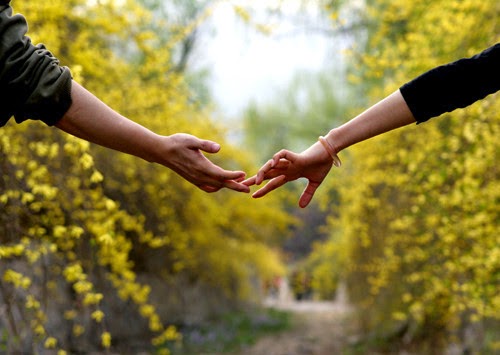 
- He's an Ethereal being, an entity made up of the energy of the stars.
- He is in the shape of a full grown man.
- He glows blues and whites like the stars do.
- He will do anything to reach Khael, the one he loves. 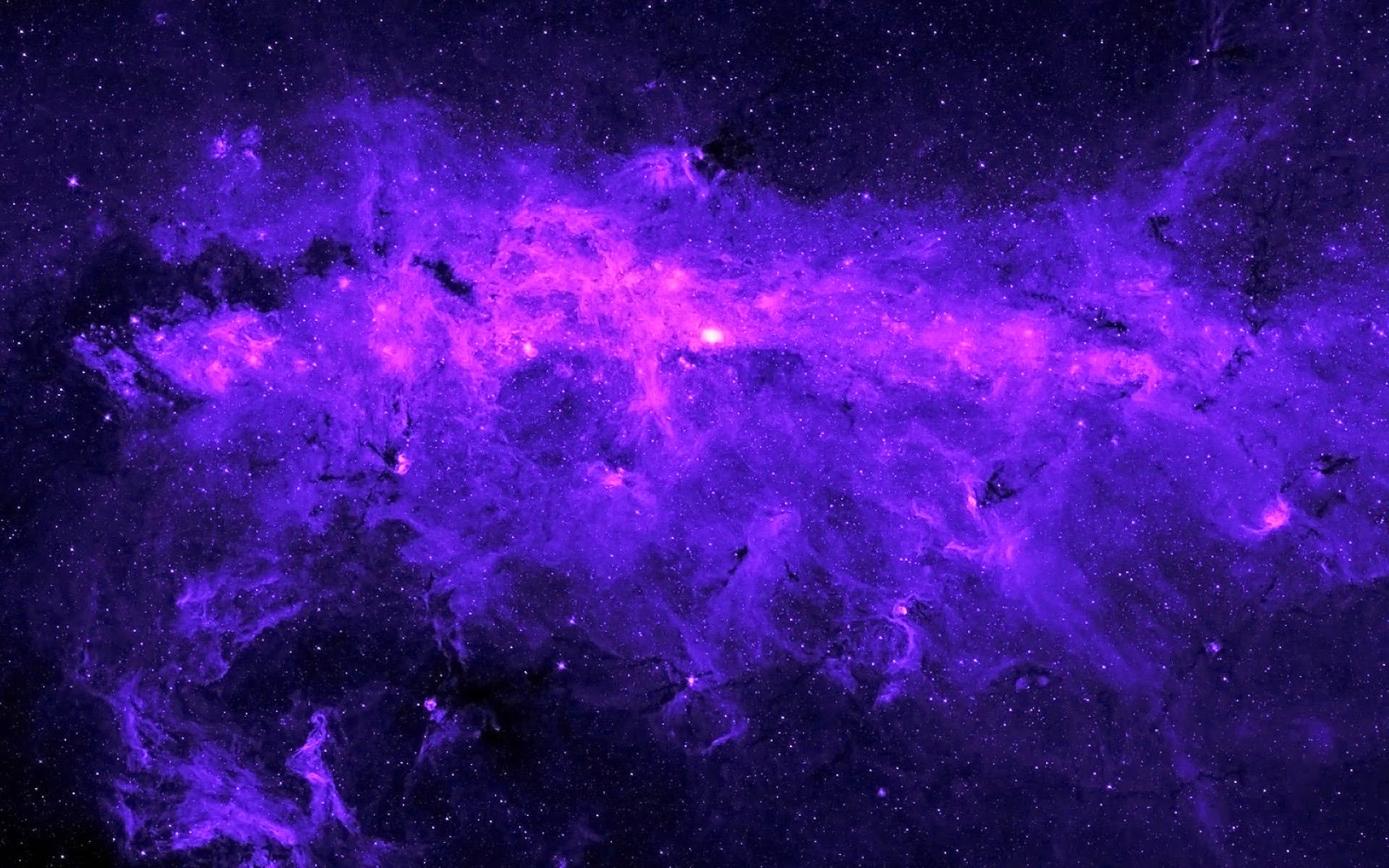 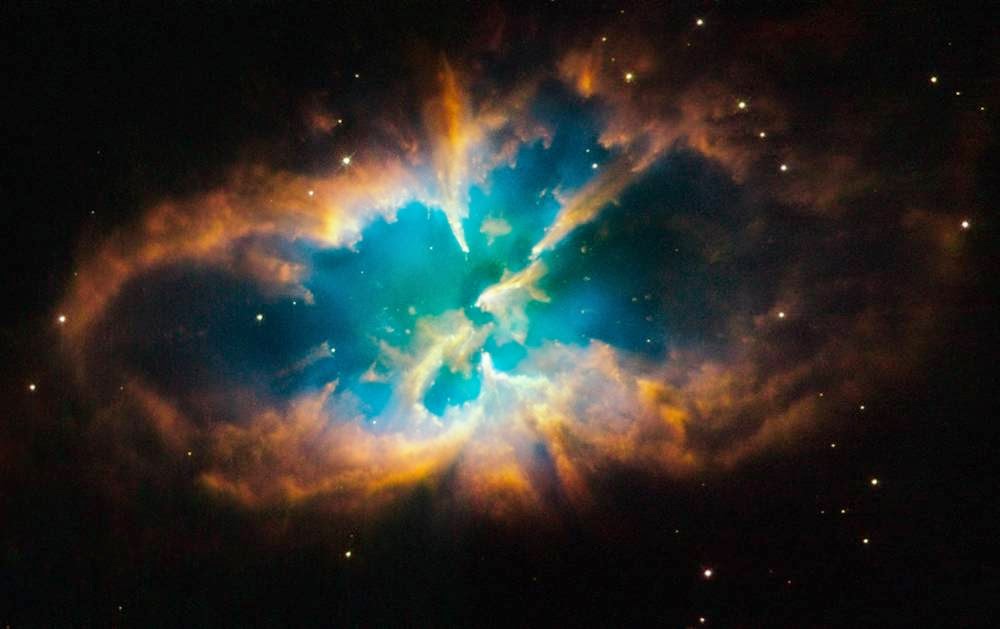 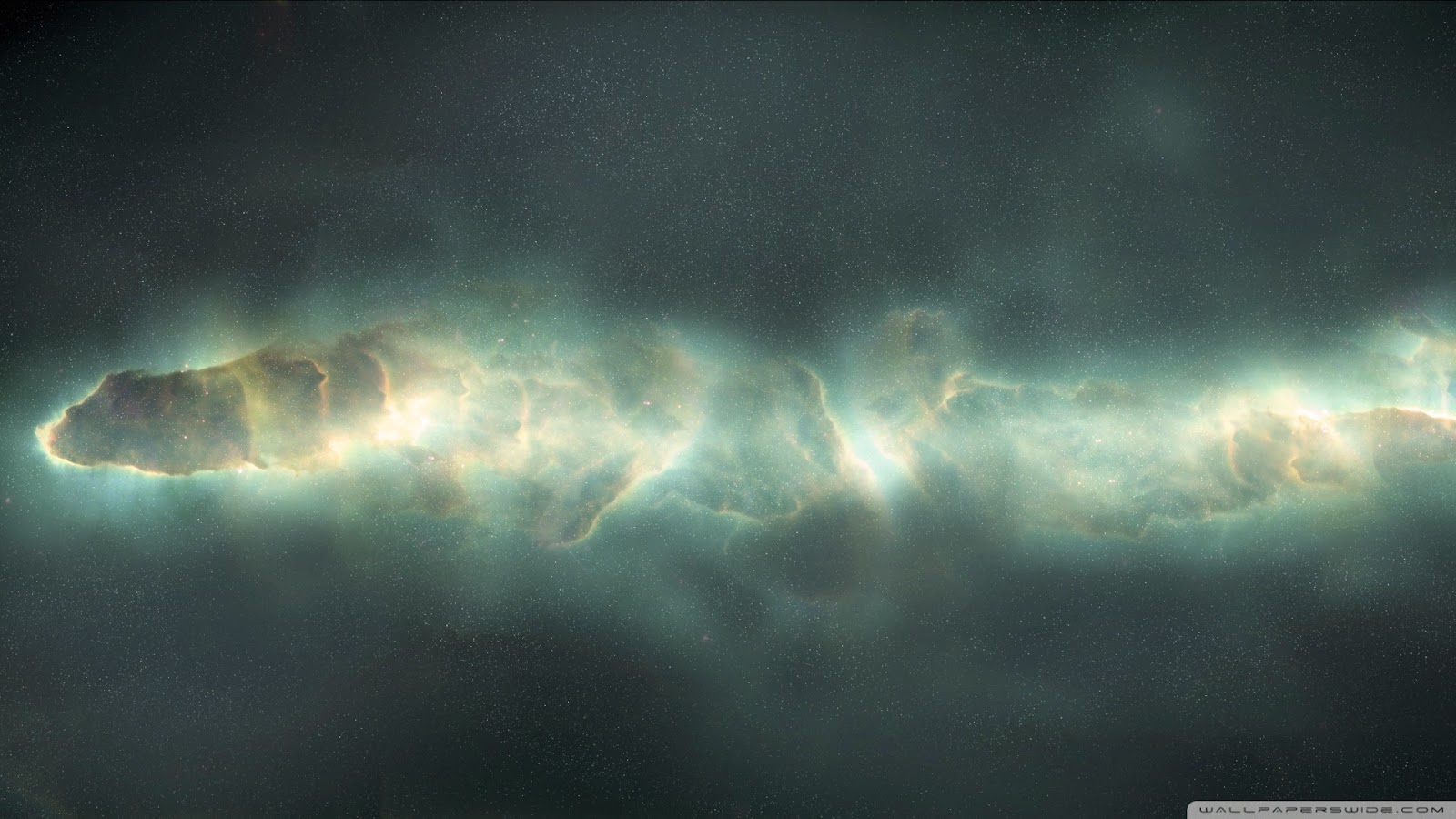 1. Mharko's ability to stay afloat is powered by the floating blue stars.
2. Red stars increase gravity and take away Mharko's ability to fly.
3. Towards the end of the level, the gas cloud columns slam shut every once in a while, forcing the player to make a choice of when to move. 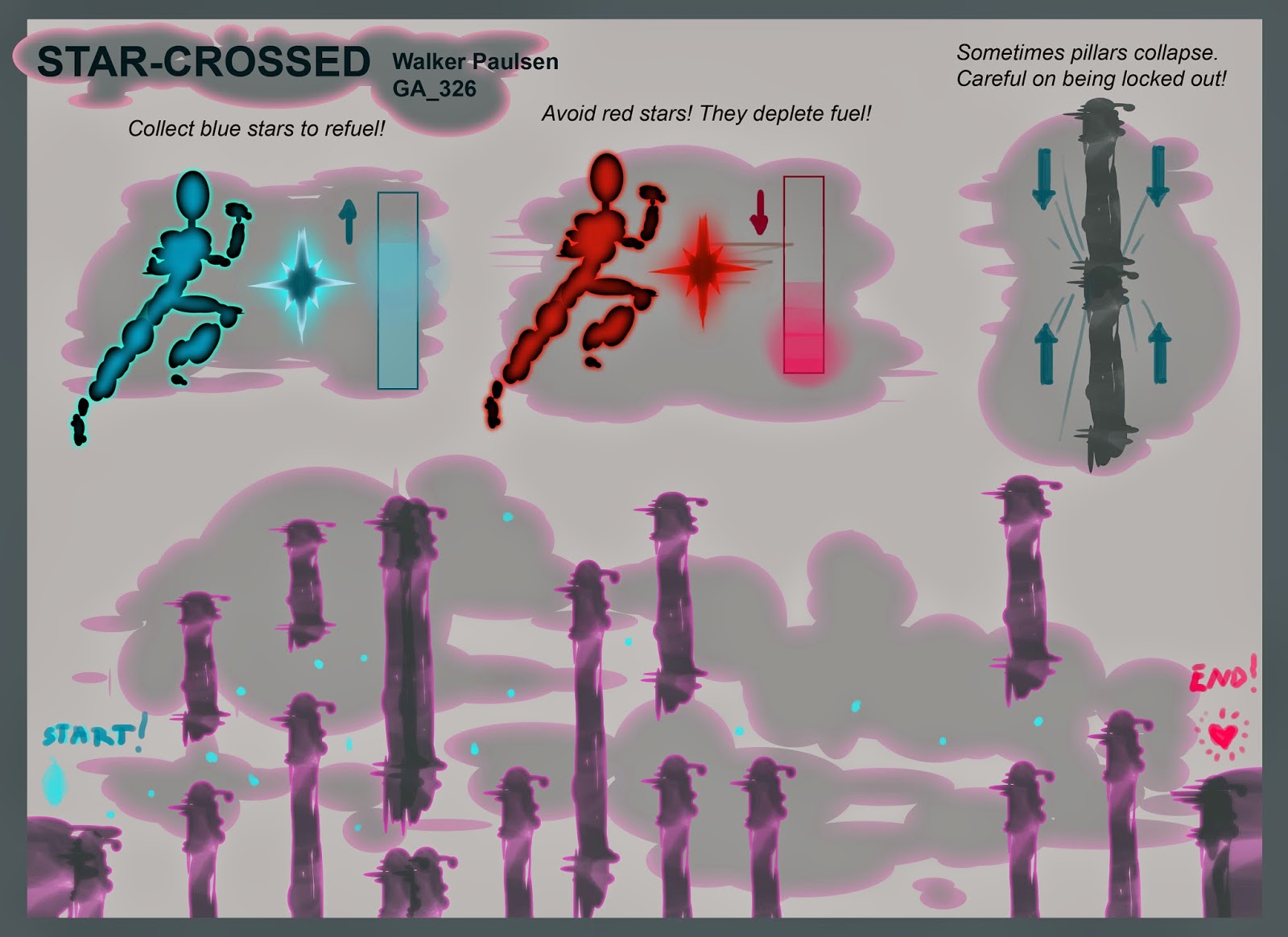 Posted by Walker Paulsen at 3:37 PM